Gateway
Edge computing made for energy

Web App
Give users full control and transparency over their energy

Mobile App
Provide users with energy information on the go

V2G/V2H
Leverage the flexibility of EVs
Company
ABOUT US

Why Home Energy Management Systems in Europe remain a patchwork 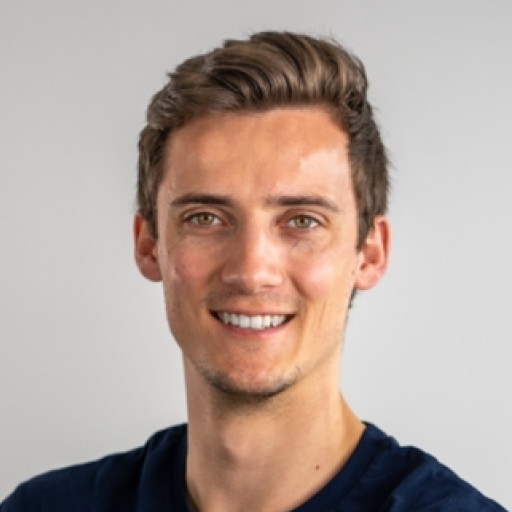 Initially founded to create a European market for coal and steel, the single market still remains at the core of the European Union. Yet, when looking at Home Energy Management Systems (HEMS), Europe remains a patchwork of local regulations, which creates vastly different requirements and opportunities across the continent. We shed light on how this plays out in Belgium, Germany and the Netherlands.

The need for HEMS is greater than ever

The technology is ready, but circumstances vary

HEMS have been deployed in countries across the EU. Deviating regulatory frameworks, however, mean that optimization goals and complexities vary significantly from country to country, or even between federal states within a single country (looking at you, Belgium 👀). This makes it almost impossible to build products for the aforementioned single market.

In this article, we’ll take a closer look at the HEMS landscapes in three European countries, and their corresponding regulatory, economic and infrastructural conditions, to illustrate how these deviations hamper the development of a pan-European solution.

🇧🇪 Belgium: The Flemish region of Belgium, Flanders, could be considered the laboratory for European energy regulation. Various tariffs and obligations already incentivize the smart optimization of energy flows in Flemish households. This makes Flanders a potential role model for the rest of Europe.

🇩🇪 Germany:  The country was a forerunner in PV back in the early 2010s and remains, in absolute terms, Europe's largest residential market. Germany therefore has huge – but still mostly unutilized – potential for energy self-sufficiency.

🇳🇱 Netherlands: The Dutch energy market is primarily known for its unparalleled rollout of residential PV systems. With 17 million inhabitants, the Dutch have installed, as of 2022, an impressive 1.8 million PV systems.

⏲️ Technology: No smart meter. No party. The widespread installation of connected, digital meters is a prerequisite for any form of billing, other than that based on pure volume.

🔌 Infrastructure: The size of residential grid connections determines whether a broad rollout of additional, large electric loads like heat pumps and EV chargers can be smoothly implemented.

Belgium (Flanders): The future is now

⏲️ Technology: ⭐⭐⭐
The smart meter rollout is still in progress (29% of households so far). Amongst prosumers, however, the rate is a bit higher.

🔌 Infrastructure: 9-27 kW
The majority of households is equipped with a single-phase connection with a capacity of around 9.2kW. Some households, however, feature larger connections with up to 27 kW.

Flanders has gone all in when it comes to incentives. Prosumers are paid a remuneration for electricity fed into the grid. This remuneration is below retail electricity prices, thereby providing an incentive to maximize self-consumption. Consumers with a smart meter can also opt for variable tariffs, depending on day-ahead spot market prices – both for consumption and feed-in. Moreover, the Flemish government plans to impose capacity tariffs as of 2023, which will charge consumers for their peak loads.

Summary: Flanders hints at what the energy market might look like in many more regions in the near future. Here, even though the limited grid capacity imposes physical constraints, the ongoing adoption of smart meters enables incentives for grid-friendly consumption patterns. Prosumers are rewarded for self-consumption, off-peak consumption and lowered peaks from 2023 onwards. In other words, prosumer incentives are completely aligned with the needs of the grid.

Germany: Self-consumption all the way

⏲️ Technology: ⭐
Planned for years, the rollout of smart meters has been postponed again and again. While change is (finally) foreseeable, there has been limited progress thus far and smart meters remain a rare sight in Germany.

🔌 Infrastructure: 20 kW
The majority of households is equipped with a three-phase connection with a capacity of around 20kW.

💰 Incentives: Net metering: ❌ Feed-in: ✅ Capacity: ❌ Dynamic: ❌
Feed-in tariffs are the dominant incentive scheme in Germany. Depending on when a system was installed, the operator is paid a fixed sum per kWh fed into the grid. This remuneration has been lowered ever since its introduction in 2000. As of July 2022, prosumers receive as little as 6 cents/kWh.

Summary: The German market provides huge incentives for self-consumption. Given current retail prices of 44 cents/kWh and a feed-in remuneration of 6 cents/kWh, prosumers have a 38 cent/kWh incentive to use self-produced electricity. Since smart meters are virtually non-existent, neither capacity tariffs nor dynamic tariffs are common.

Netherlands: Done is better than perfect

⏲️ Technology: ⭐⭐⭐⭐⭐
Smart meters are installed as a default with an installation rate of nearly 100% providing a fertile ground for various smart energy services.

🔌 Infrastructure: 9.2 kW
The majority of households is equipped with a single-phase connection with a capacity of 9.2 kW.

Net metering is extremely common in the Netherlands and can be seen as the catalyst for the widespread adoption of solar panels. However,  net metering allows prosumers to literally turn back their meter, giving them no financial incentive for any form of optimization. Net metering will be phased out in the coming years, forcing the 1.8 million PV-owners to consider making their setup smarter. Some offers for feed-in and dynamic tariffs are already in place, but they lack traction thus far.

Summary: The Dutch are second to none when it comes to PV adoption and their successful roll out of smart meters also paves the way for any form of tariffs. Nonetheless, net metering has meant that virtually no smart solutions are in place. The phase out of net metering, combined with a rise in bigger loads (EVs and heat pumps) imposed on the limited residential connections (10 kW) will create a huge opportunity for integrated, smart solutions in the near future.

No two HEMS are the same

Assuming an identical setup (PV, battery, heat pump and wallbox) in different countries, the incentives for prosumers are rarely the same. Consequently, the requirements for a HEMS differ from country to country. While a HEMS in Belgium (Flanders) should seek to lower peaks, shift consumption to off-peak hours and maximize self-sufficiency, a HEMS in Germany is only geared towards maximizing self-consumption.  A Dutch household, on the other hand, has no clear incentive to shift loads at all due to the prevalence of net metering.

With this colorful bouquet of regional regulatory and infrastructural conditions, local adaptations are essential for HEMS. Neglecting regional conditions can quickly lead to blown fuses and low value for consumers.

For internationally active service providers, an agile approach towards energy management is therefore a prerequisite to meet (regulatory) demands across borders. Most probably, rigid Home Energy Management Systems won’t even keep up with the upcoming changes of individual markets.

New EV charging regulations in the UK necessitate EV smart charging for the rapid scaling of charging infrastructure. Find out why load management is crucial.
To the post

Talent has no borders - Remote work in Germany and Europe

Remote work and working from home have become the new norm. gridX sees this as an opportunity. Learn more about three remote jobs.
To the post
Like what you read?
Sign up for our newsletter and get the next post delivered directly to your inbox.