How V2G and V2H can reach scale 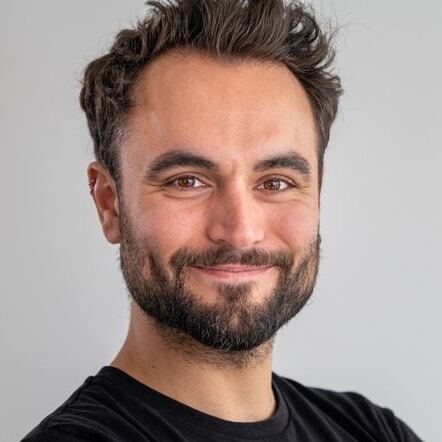 Vehicle-to-Grid (V2G) and Vehicle-to-Home (V2H) have become the latest buzzwords in the energy industry. But what is their real-life potential and how can we overcome the major challenges to reach maturity and scale?

Electric vehicles (EVs) are highly effective at reducing carbon emissions for transportation purposes. In fact, a recent study from the International Council on Clean Transportation found that the lifecycle emissions of a compact electric car are almost 70% lower than its gasoline-powered counterpart, a figure that should climb to nearly 80% by 2030 due to a constantly improving electricity mix. Beyond this, however, electric cars also hold a lot of potential as bidirectional EVs by enabling energy exchange with the power grid.

On the power production side, renewable energy sources have a much higher efficiency from source to end user (70%) compared to fossil fuel power plants (30%). However, the intermittent nature of renewable energy sources adversely affects grid voltage, frequency and reactive power, among other factors. Storage and new digital solutions therefore play a major role in balancing periods of abundant wind or sunlight with periods of bad weather to ensure consistent and reliable power supply.

It’s all about balance

So, on the one hand, a typical EV stands unused for an average of around 23 hours a day, while potential energy might be going to waste as the power grid can’t always handle excess renewable energy. Vehicle-to-Home (V2H) and Vehicle-to-Grid (V2G) operations help to solve these issues by not only drawing energy from the home or grid, but also delivering energy back the other way via a bidirectional charger. In this way, a  bidirectional EV can provide the needed flexibility to deal with renewable energy in both homes and community grid operations. But how do V2H and V2G differ?

V2H: In this model, a single EV is able to charge and discharge from/to a home according to a control scheme. The car acts as a controllable load and an energy storage device, just like a home battery. As a result, V2H allows homeowners to further maximize their self sufficiency.

V2G: Vehicle-to-Grid requires more complex control, yet also offers flexibility on a larger scale. Here, multiple EVs can be connected to the power grid to obtain energy and feed energy back in. It is crucial to take battery type and capacity, individual mobility needs, electricity prices, power flows of the grid and grid regulation into careful consideration. The purpose of V2G is to offer aggregated benefits to the grid, for example balancing services.

In addition, certain international standards are required to define a V2G communication interface for bidirectional charging. ISO 15118 provides the ‘Plug and Charge’ feature that enables an EV to automatically identify and authorize itself to a charging station. Without this standard, V2G becomes much more challenging. ‍

A race filled with hurdles‍

Technically, V2G and V2H have been possible for years. So why then have car manufacturers experienced so many problems implementing this technology on a wide scale? It is largely because standardized protocols for Battery Management Software (BMS) and Electric Vehicle Charging Stations (EVCS) have been missing. Most pilot projects have been proprietary and few have relied on ISO 15118. An interoperable language across all EV and EVCS will drastically reduce complexity and increase adoption.

In addition, network operators are not interested in having multiple participants in the balancing energy market, which is what V2G is mostly expected to be used for. This means that they tend to either hinder the advancement of the topic or, at best, stay idle. Finally, it is not yet clear, according to regulation, who the guarantee holder would be for cars used in V2G or V2H setups. For example, who must pay if the car malfunctions while operating in a V2G mode? Such issues have to be resolved by regulators and market players before the technology can scale.

Previous examples in the energy industry, such as home batteries and EVs, show strong and less price-sensitive early adopter segments, in both residential and commercial use cases. This means it is not essential for price and performance to be on par, at least initially. ‍

To reach a higher saturation of V2G and V2H applications, sophisticated forecasting based on local monitoring and control will be crucial. Furthermore, network-friendly optimization of each location will be needed. gridX, together with E.ON has developed a dynamic charging solution for households that features an intelligent energy management system as well as bidirectional charging of electric vehicles.

In this use case dubbed “xHouse”, the gridBox manages a photovoltaic system, multiple stationary home batteries and a bidirectional charging station to intelligently control the power consumption in the house. This increases homeowners’ self-sufficiency in terms of power and mobility, supports flexible energy consumption, stabilizes the grid and helps to lower energy use and costs.

As the number of publicly available EVCS grows, so too do their benefits when combined with V2G schemes. For example, end users could experience reduced parking costs or a free battery charge. Similarly, charge point operators (CPOs) would have a greater incentive to offer those schemes, as they can improve their operating costs and subsequently their overall ROI. Therefore, the business case of V2G might be more viable than V2H, which only focuses on optimizing the self-consumption of homeowners.

Regardless, it is clear that V2G and V2H are both viable and beneficial. We’ve seen a great number of exciting, successful pilot projects in the past years. Now, it is time to look at scaling these concepts based on standardized protocols in the mass production of EVs and EVCS.